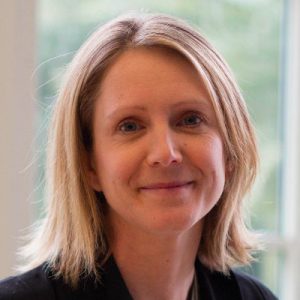 As a Senior Director within Humanity United’s Peacebuilding team, Elise brings more than 15 years of experience working in philanthropy, international development and politics. She leads Humanity United’s work seeking to challenge existing approaches to peacebuilding and support sector-wide efforts to shift power to local actors. Increasingly focused on how to leverage this commitment to citizen-led change to kickstart a global conversation, Elise leads HU’s partnership with Peace Direct and Conducive Space for Peace, pushing for peacebuilding reform.

Prior to joining Humanity United, Elise held several senior policy and campaign positions for Oxfam in Europe, East Africa and the Sahel, and worked as an international development advisor in the European Parliament. She has an undergraduate degree from Kings’ College, Cambridge, and a Master’s in Public Administration from the College of Europe, Bruges. She speaks fluent English, French and Italian.